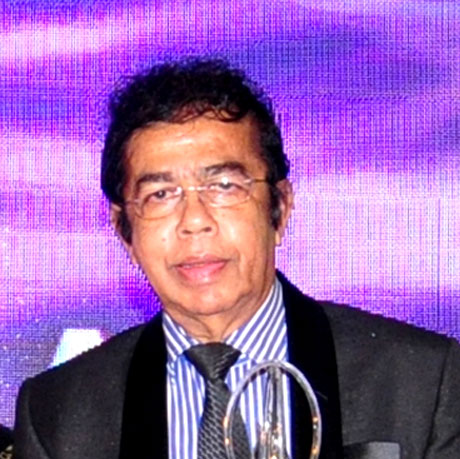 The Founder Chairman/Managing Director, late Mr. M. A. Justin was an accomplished and highly respected professional in the field of energy management. He was a past president of the Sri Lanka Energy Managers Association and for ten years functioned as a Director of it.

Late Mr. Justin’s professional accomplishments are many and diversified. He held a B. Sc. Engineering degree from the University of Peradeniya and had received advanced training in Maintenance & Industrial Engineering in West Germany. He was a Chartered Mechanical Engineer (M.I.E. (SL)), Chartered Electrical Engineer (M.I.E.T. (UK)), Fellow of the Institution of Plant Engineers (F.I. Plant E. (UK)), Fellow of the Society of Operation Engineers (F.S.O.E. (UK)), a former Executive Committee member of the Ceylon National of Chamber of Industries and a former committee member of Mechanical Engineering Committee, Institution of Engineers-Sri Lanka. He was also a government authorized inspection engineer of boilers and pressure vessels.

Demonstrating his versatility not only in engineering but also in business management, he became, within a very short period, the General Manager of National Paper Co. Ltd. which he joined as an engineer. Under his leadership, the National Paper Company Ltd achieved the highest level of profit since its inception amounting to about Rs. 115 Million a year at that time and won national productivity awards for this incredible performance in 1994 & 1995.

In 1996 he left the National Paper Company to start his own company, the Professional MET Consultancy Services (Pvt) Limited and subsequently managed to expand and diversify into many other related areas. Later he became the Chairman / Managing Director of three other companies, namely Professional Eco Care (Pvt) Ltd, International Techno Marketing (Pvt) Ltd and Institute of Industrial Techno-Management (Pvt) Ltd.

Under his visionary leadership, the group of companies was able to strengthen its position in the engineering field and also moved its offices to its own building in Colombo.

The Founder Chairman/MD Mr. M A Justin passed away on 17 September 2021.

Please fill the below details and send us.